OSHA recently released a memorandum on “Inspection Guidance for Inpatient Healthcare Settings” (click to be directed to OSHA document).

Healthcare facilities are greatly affected by slip, trip, and fall accidents to workers and patients every day.

Greater enforcement of standards for walkway safety will have a lasting positive impact when implemented consistently. 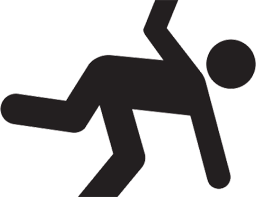 Getting the revisions finalized will be a great step forward in creating wide-spread prevention of slips, trips and falls in our work places. These revisions should also help businesses to understand what regulations must be followed. At Traction Auditing we are closely following the OSHA revision in anticipation of a positive change.

For those seeking consultation on these revisions and how they may affect your business, we would be happy to help, contact us today.

OSHA cracks down on healthcare employers

The Occupational Safety and Health Administration announced Thursday that it would crack down on hospitals and nursing homes for workplace hazards that aren’t protected by formal rules. Experts say politics have complicated efforts to formalize workplace regulations.

The workplace safety regulator said in a staff memo that inspections of hospitals and nursing homes should include potential hazards related to musculoskeletal disorders caused by patient handling, in addition to dangers from blood-borne pathogens, workplace violence, tuberculosis, and slips, trips and falls. Any violations would likely be cited with the general duty clause of the OSHA act. That allows the agency to penalize employers for failing to implement industry-recognized safeguards for which there are no official standards or rules

An Examination Of Slip-And-Fall Safety Assessment, Standards And Auditing

With the growth in popularity of hard-surface flooring and coatings, globalization, advancement in technologies, floor failure and slip-and-fall costs soaring into the billions, the importance of following industry and trade standards of care prudent to the related industries has become critical.

With this significant growth and fast paced evolution, now more than ever, as related-industry professionals, we owe it to our clients and end users to pause and review this evolutionary process, evaluate how these changes have affected the inter-industry relationships, and identify the new challenges we face moving forward.

Walkway Auditing - A Tool In Slip And Fall Prevention

In today”s litigious society it seems everyone is looking to blame someone for something, and unfortunately in the cleaning business, this often includes the dreaded slip and fall accident.

In years past when a slip and fall accident would occur, the liability would fall solely on the company where the incident occurred.

But, this is no longer the case since there has been a growing trend that, along with the company or corporate entity that owns or leases the property where the accident occurred, others have been included.

Are Slips and Falls the New Asbestos?

We have all seen the television ad that opens by asking, “Have you or someone you know been the victim of asbestos if so please call the law office of …”

Each year hundreds of individuals file claims of asbestosis. A number dwarfed by the 25,000 fall-related fatalities and 8 million Americans who seek emergency room treatment for an accidental fall.

More people will either die or become seriously injured as a result of a slip and fall than that of asbestosis yet we have not seen any television ad reaching out to slip and fall victims. That day may soon be coming and the reason may be right under our feet!

How to Define Standard of Care?

The foundation for any plaintiff’s case is to establish that the defendant “failed to exercise reasonable care” and because of such was negligent.

So what exactly is the standard of care in a slip and fall case? To answer this, one must uncover the standards defendants must meet and the standards plaintiffs must prove were violated.

We have all slipped and fallen at some point in our lives and know the horrifying feeling of an uncontrolled fall.

In fact, if a member of your jury pool is one of the more than 8 million Americans who annually seek emergency room treatment for an accidental fall, your lawsuit becomes personal.Industry statistics reveal that falls are the leading cause of accidental death for the elderly and one of the leading causes of employee and guest injuries for many property owners.

According to the National Floor Safety Institute (NFSI), 55 percent of slips, trips and falls are caused by a hazardous walkway. However, many property owners don’t realize just how slippery their floors are until someone slips and falls.